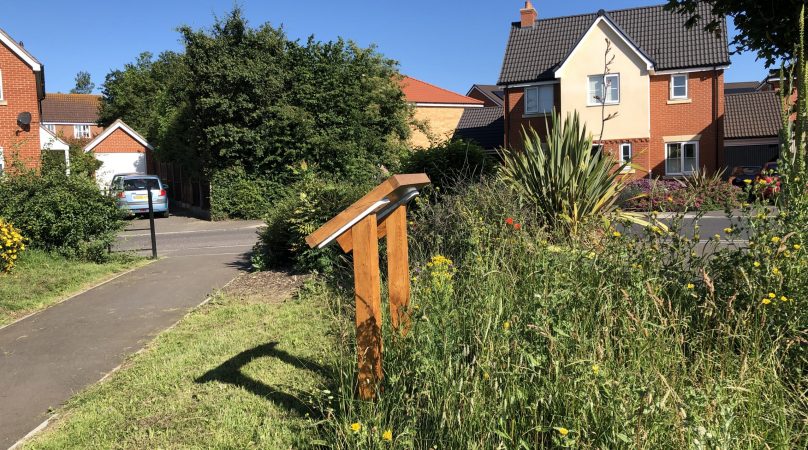 On Thursday June 27th, 2019, an interpretative board was unveiled at Harp Close Meadow by the Mayor of Sudbury, Robert Spivey. Tony Platt explained the history of the site and how the board would help to preserve memories of People’s Park for future generations.

“Peoples Park has had a special place in the hearts and minds of the people of Sudbury for many years, having been a venue for all kinds of activities.”

The Freemen grazed their cattle on People’s Park when the meadows were flooded and it was used for the annual Town Gala and for fairs, circuses and fetes
Sudbury Youth Club and other clubs and teams played football on People’s Park and it was also used as a venue for the South Suffolk Show.
It became a haven for wildlife.

The meadow was eventually sold to the Health Authority in the hope that a hospital would be built there but that was not to be. The People’s Park Preservation Association was set up to try to save People’s Park as an open space – especially appreciated in this area of Sudbury. Attempts were made to have it declared as a Village Green, but that was not to be either. We were however successful in appealing to Babergh District Council to have part of the area left as an open space – almost a meadow – although not as much as we would have liked. Still, we have this area before us and we feel that People’s Park and its heritage should be remembered and celebrated here.

Thanks to the generosity of Bellway Homes, Councillor Colin Spencer with a Locality Grant, Sudbury Freemen’s Trust and with information and materials supplied by Sudbury Museum Trust, Alan Cocksedge, Janis Bear, Jill Fisher and others we now have a splendid interpretive board so that future generations will be aware of the history of the meadow.