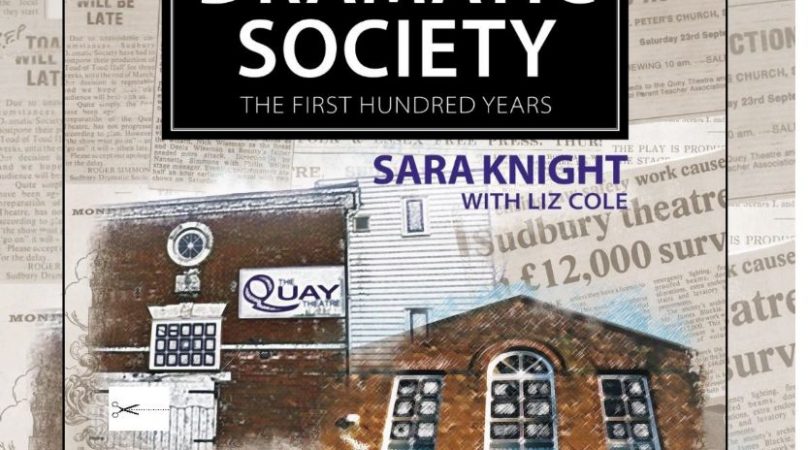 The book is full of memories, photographs and cuttings from an extensive archive. Originally the Society performed at the Victoria Hall in Prince Street, also in the Gainsborough Theatre, now the Infinity Nightclub, and, after WW1, for convalescing soldiers in Belle Vue House. The Society has been supportive of the community across the years, starting with fundraising for St Leonards Hospital before the formation of the NHS. In WW2 they put on a joint production with airmen stationed locally. In the late 1970s they bought a riverside warehouse and created the Quay Theatre, which is now a completely separate charity, but the Society still contributes around £50k a year. Productions have travelled to Westwood Park, Great Maplestead and Spain. The panto in 2019 ran to 24 performances at an affordable price for all the children locally.
The book has been published with the aid of grants from Sudbury Freemen’s Trust, and from Councillor Jack Owen. It is available via the Sudbury Dramatic Society website, sudburydramatic.com, for £12.99, or it can be read in the local library.